In this work I am interested in examining the layers of perception that often go unexperienced as I move about the world: unintentional visuality and peripheral visions—the surplus phenomena that are not used in my projects or in reaching my destinations. Being in motion is to be placeless, where the place I am in is characterized by a dynamic stasis. To move from one place to another I occupy a placeless intermediate condition. As I walk, I am looking for impediments or dangers, checking traffic and traffic signals; I am lost in thought and seeing only blurs that I must maneuver through; I glance at shop windows and perhaps pause, while still focused on getting where I need to be.

The images in this series were produced as I was implaced in some mode of transportation. The transporting vehicle occupies successive places from one moment to the next. While in this transitional place of motion, my perception ranges from purposeful to distracted. As I read, play with my phone, or organize a shopping list, the world flashes by the windows on either side of me too quickly to fully process.

Whether shooting on the subway, the bus, the train, or in a car, the resulting "In Motion" images are layered with planes attended to by my ordinary perception as well as those incidental or reflected planes that my brain fails to process as it chooses its focus. This work turns deliberately to the periphery, to the passing blur and extracts details, stops moments of overlapping and shifting perceptions. I look out through windows that flatten the exterior into reflections of the inside as well as of the outside of the opposite windows. Reversals and copies collapse together in the flattened picture frame that is nonetheless dense with information, with multiplied and unexpected and colliding details. An eye glows on a thigh; a subway car fills with leafy trees; barber shop headshots form a dense collage; a wistful awning “True Dreams” floats on an apartment building; the Observation Towers of the New York State Pavilion rise into winter evening mist.

These photos were taken with iPhone 6 or iPhone 7. 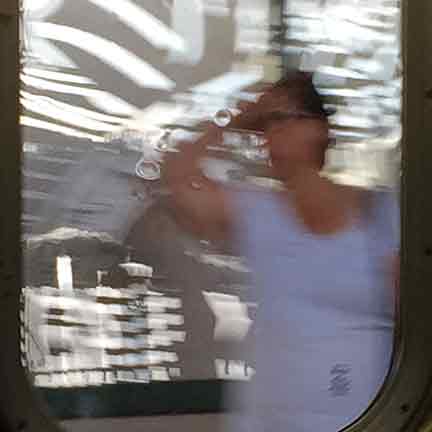 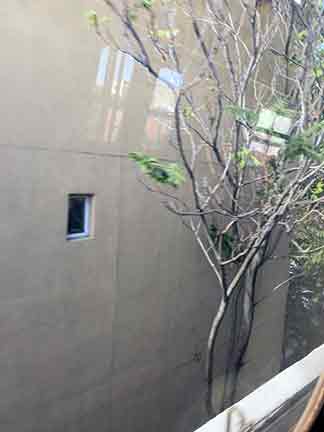 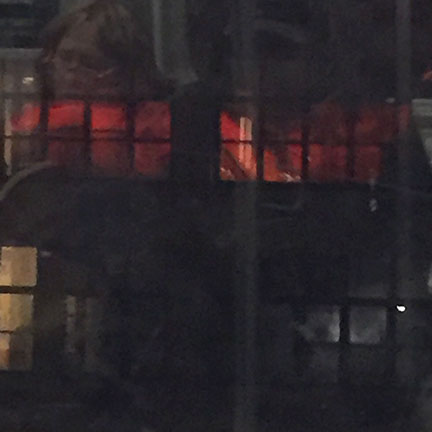 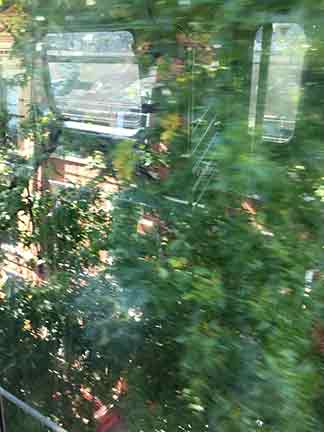 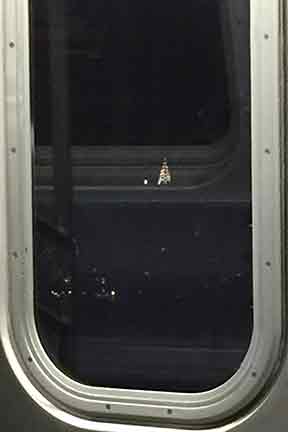 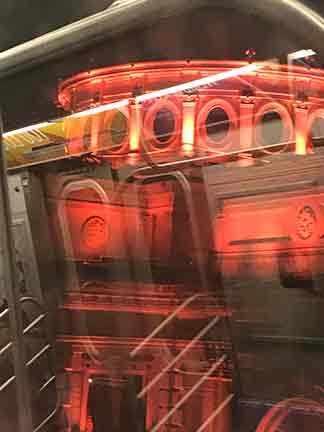 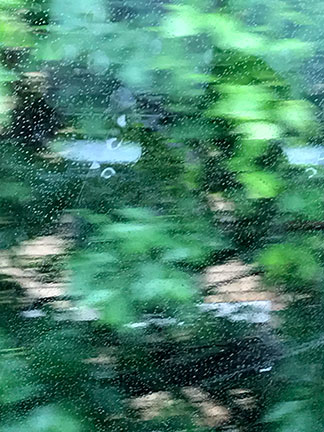 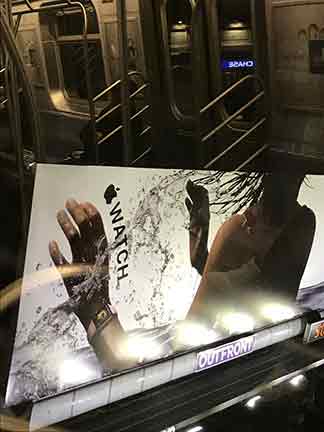 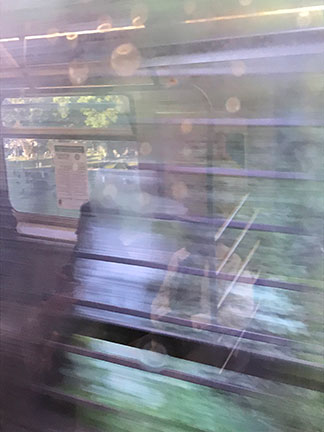 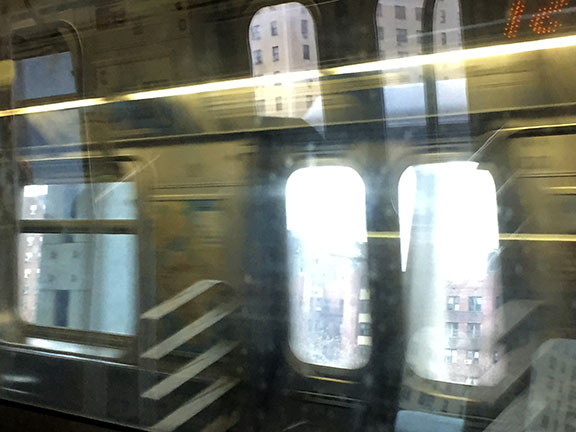 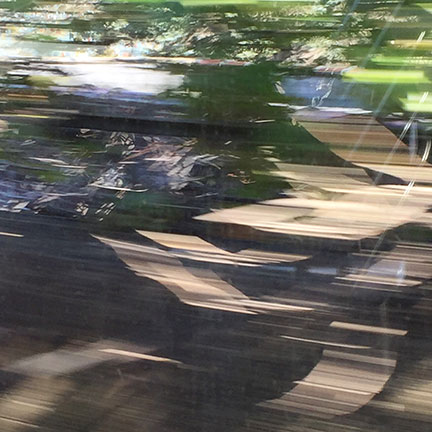 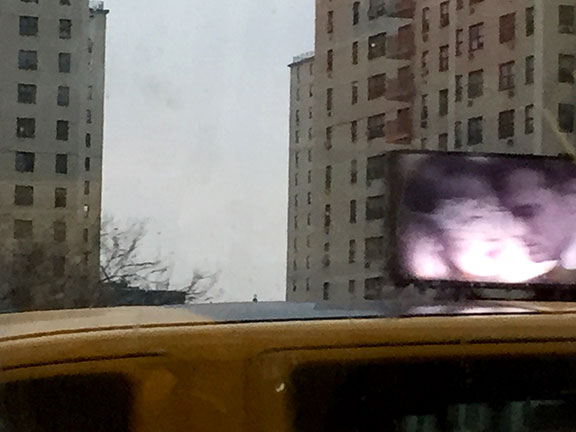 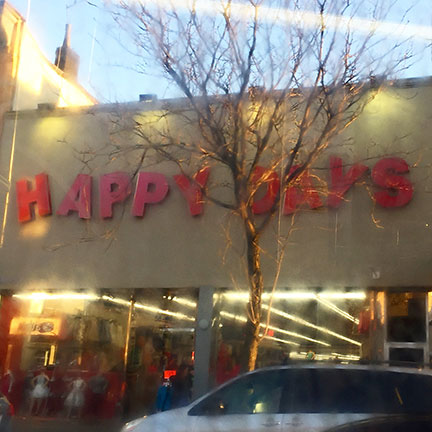 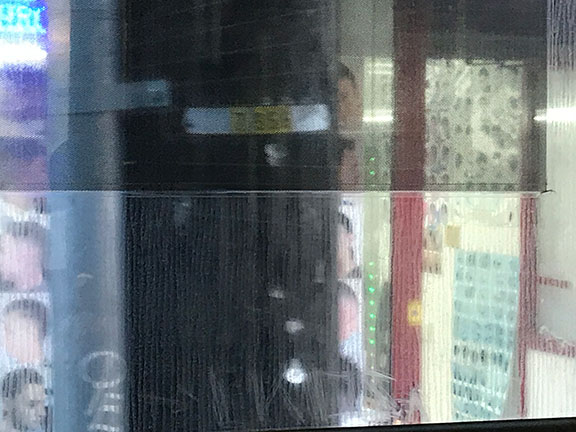 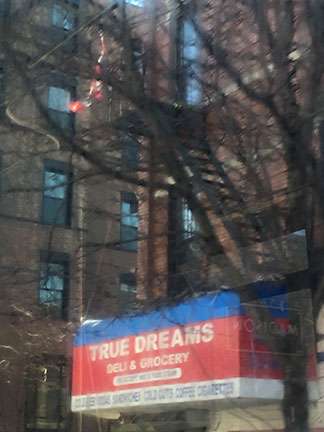 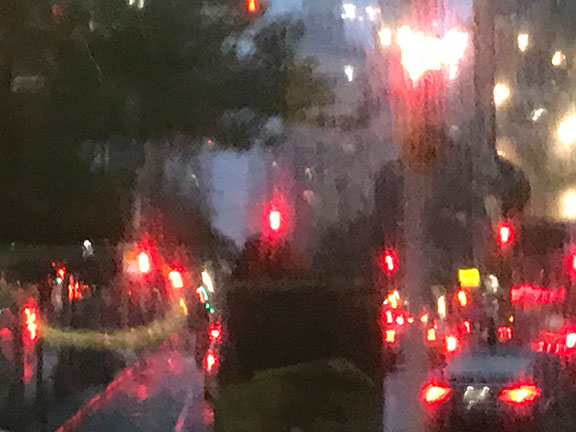 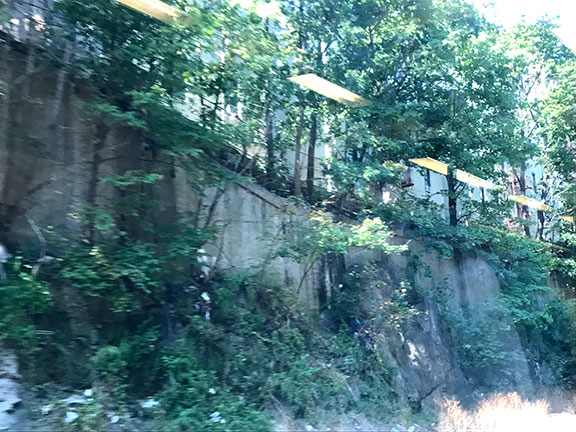 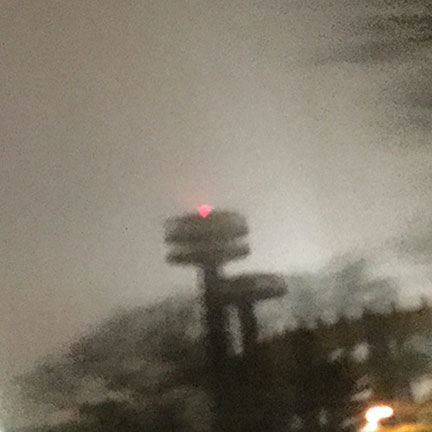 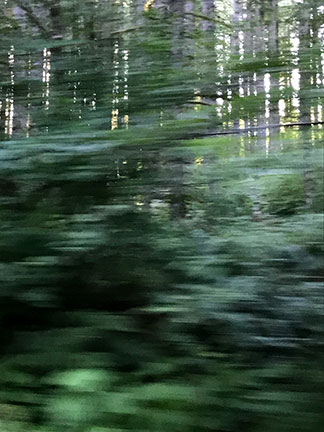