This series of images was made in collaboration with Matrimony by Jasmina Tesanovic. The texts are quotations from Ms. Tesanovic's book, a diary of the death of her mother and the year following it. The photographs were made in Ms. Tesanovic's home and the home of her parents, in Belgrade.

Matrimony was published in Spanish by Ediciones del Bronce, Barcelona (2004) as Matrimonium and in Serbian by Feministicka 94, Belgrade (2004). 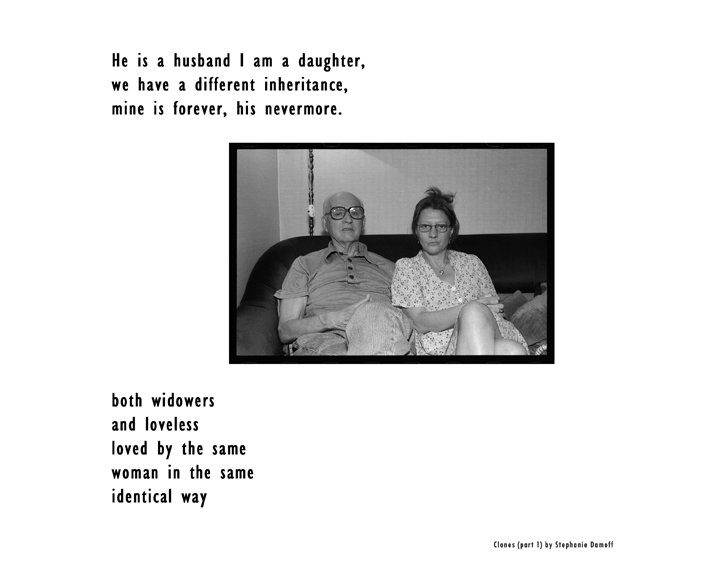 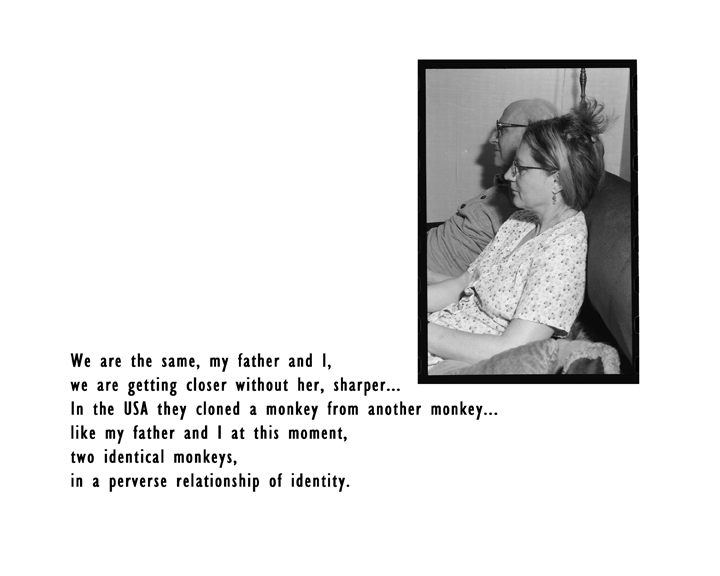 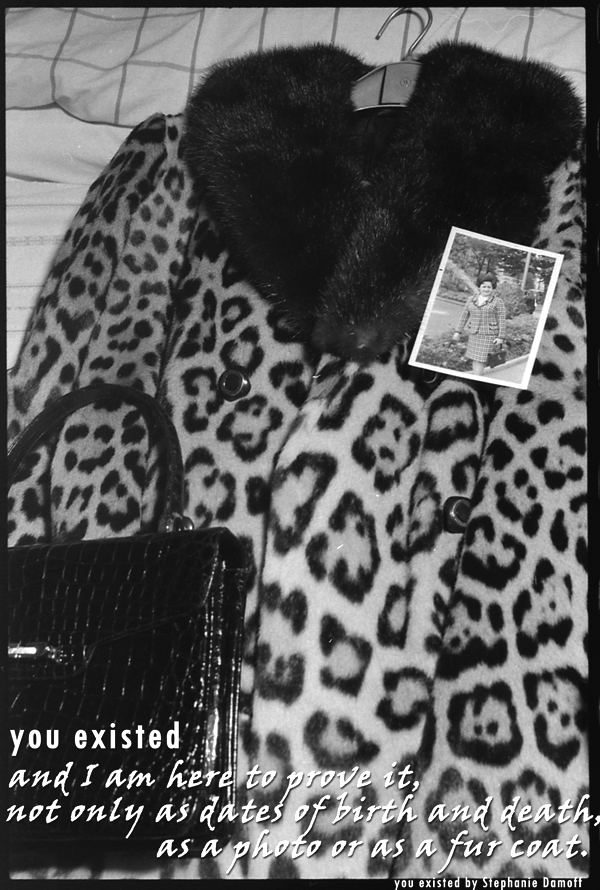 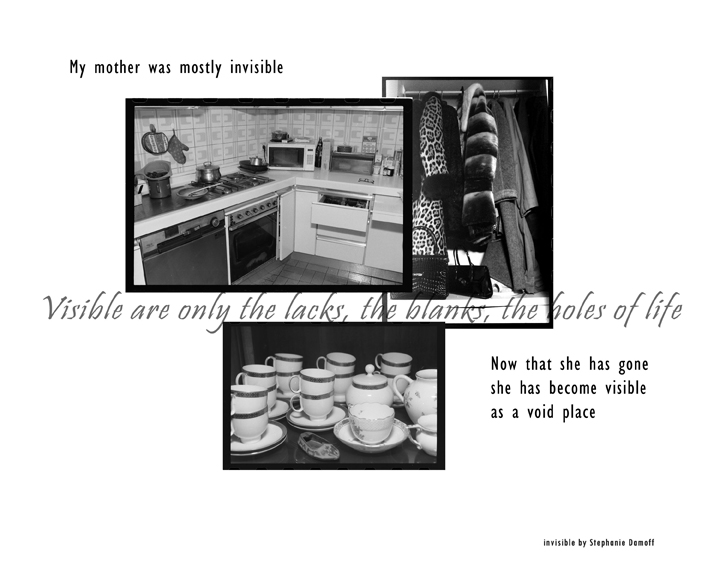 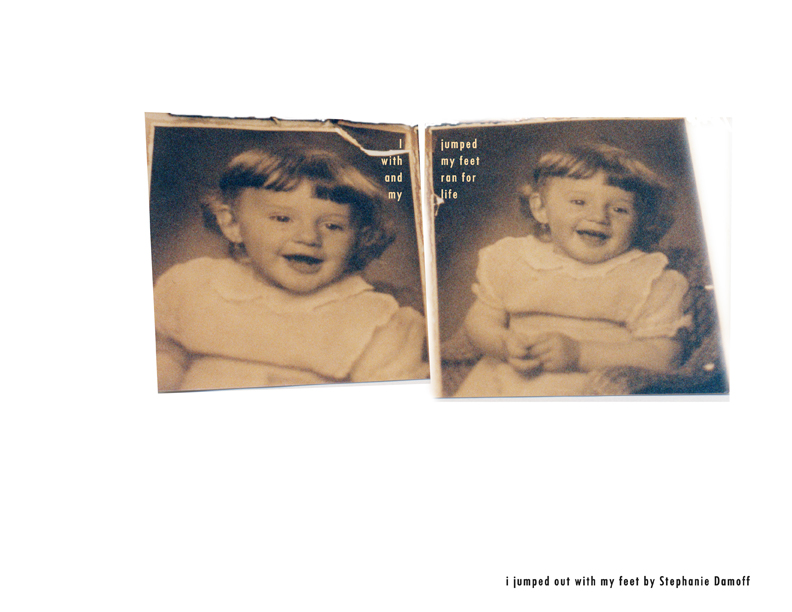 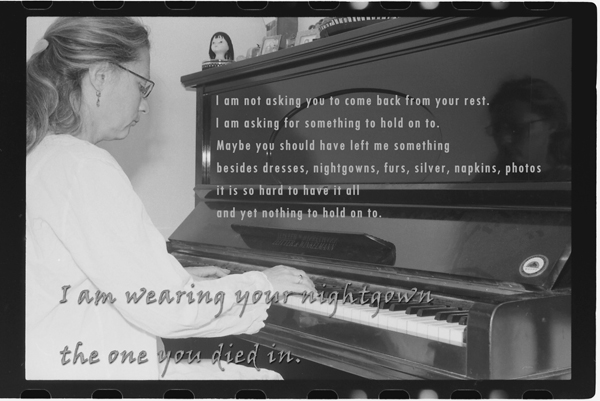 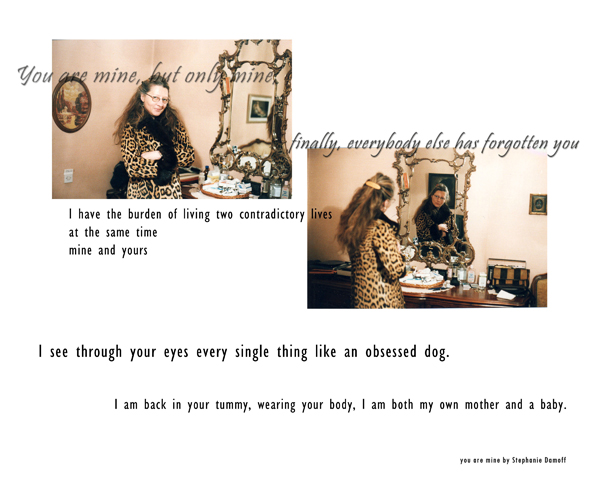 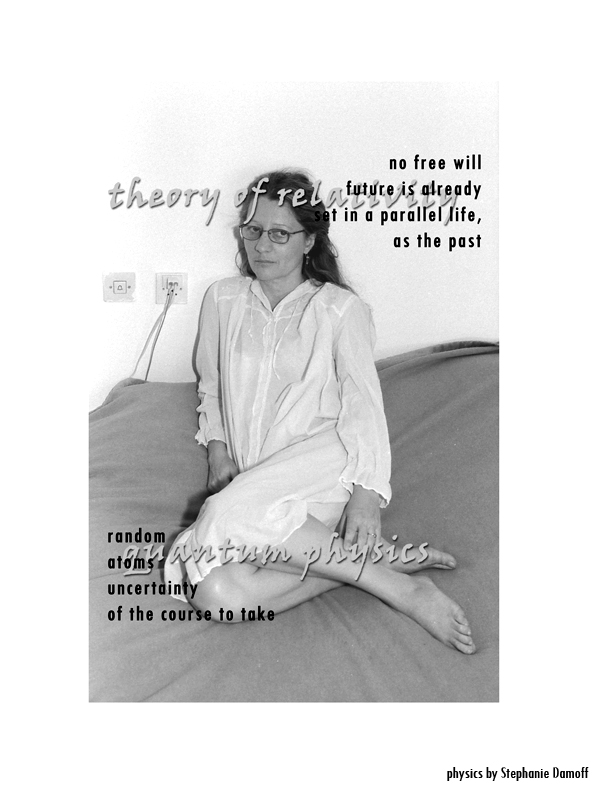 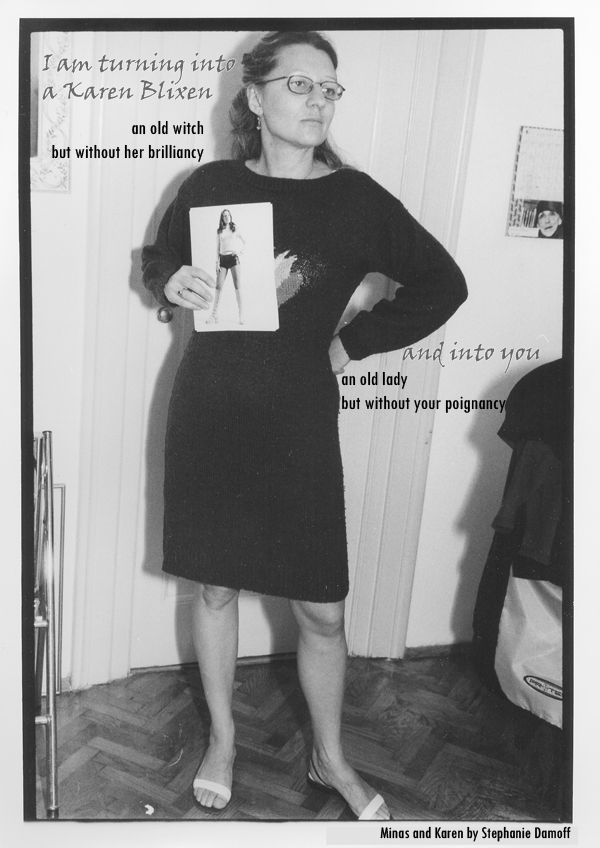